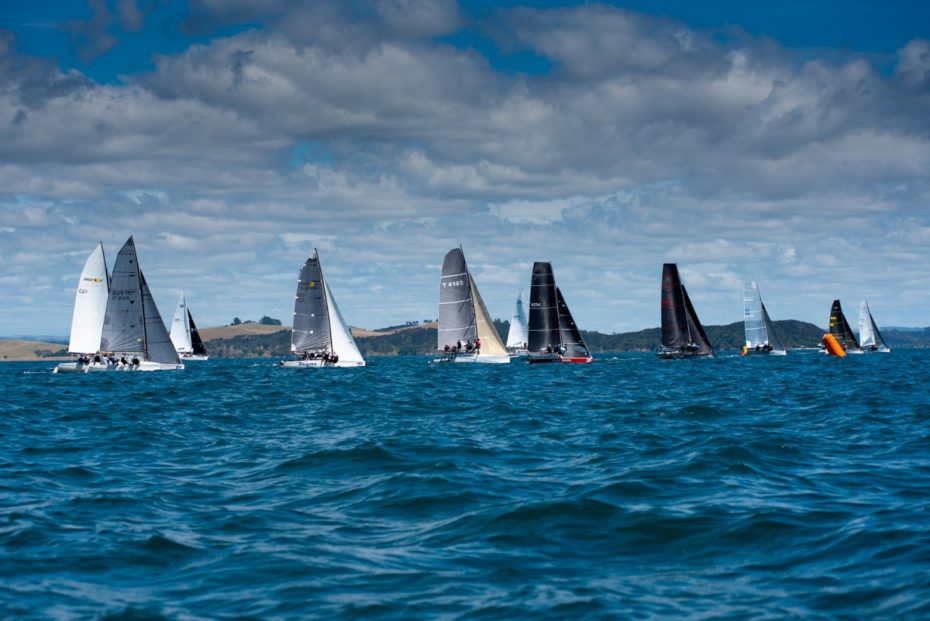 Crews enjoyed a relaxed start to racing on day one of the 18th annual CRC Bay of Islands Sailing Week yesterday, with forecast light winds prompting organisers to start racing later than usual.

Typically hot and sunny conditions provided competitors with a steady sea breeze in time for the adjusted race start time. The breeze continued to fill in throughout the day, offering champagne sailing conditions for the 137 boats taking part.

The final count of entries broke all previous records for the regatta, and is exactly 100 more than took part in the first ever Bay of Islands Sailing Week regatta in 2003. Bucking the trend of recent years, the windward-leeward racing divisions saw more entries overall than the island racing divisions, thanks to a surge in Young 88, sport boat and E division entries, which all saw bigger numbers than in any previous year.

On-water race official Ron Cook said the day’s racing went ahead without any issues. “It was great, there were no breakages, no rough and tumble, no complaints as far as I know. It was a good steady breeze, the heavier boats wouldn’t have revelled in it, but nobody had to reef and they all looked pretty happy as they came past.” 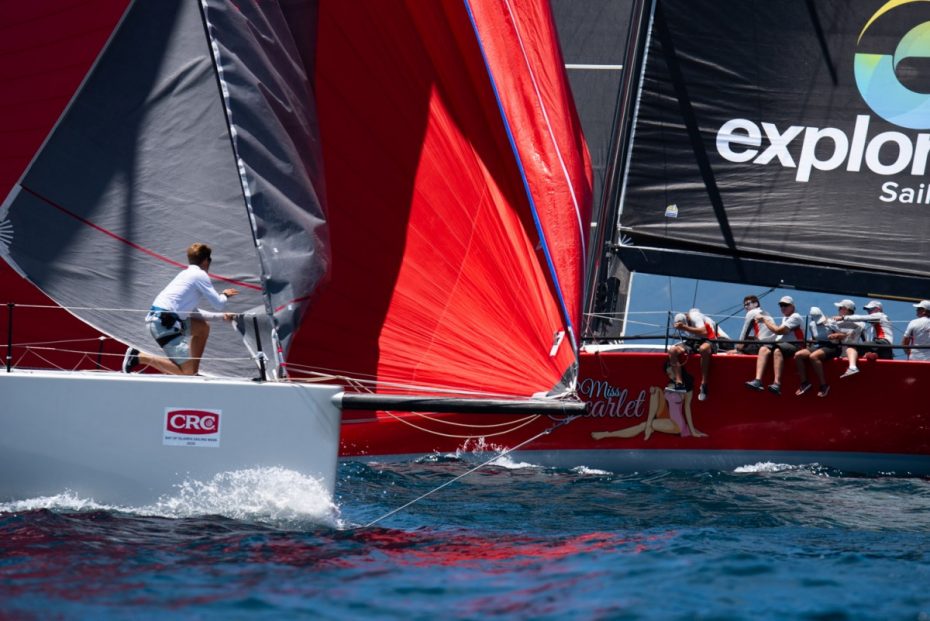 Highlights from Day One

With the PHRF Nationals being hosted as part of the CRC Bay of Islands Sailing Week regatta, competition is fierce among the A, B and E divisions for the coveted PHRF National Champion title.

In A division, Mayhem sailed ahead of the competition on day one, on both PHRF and general handicap. While in B Division it was Ice Breaker who stole the show from close competitor Clockwork with wins on PHRF in all three races.

This year’s E Division is hotly contested, with nine boats registered. The division for smaller boats in the 20-30ft range tends to attract the same handful of local boats. But this year several entries from further afield mean the racing among this fleet is keener than usual. On general handicap it was visiting Pied Piper Kiore holding the lead going into day two, while on PHRF locals 4 Fox Sake are at the top of the PHRF table. 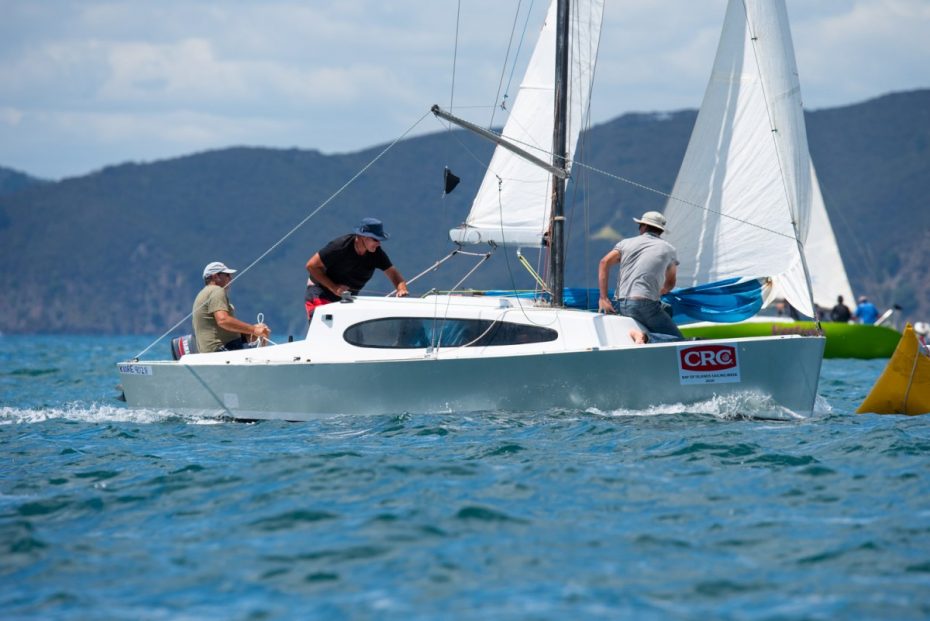 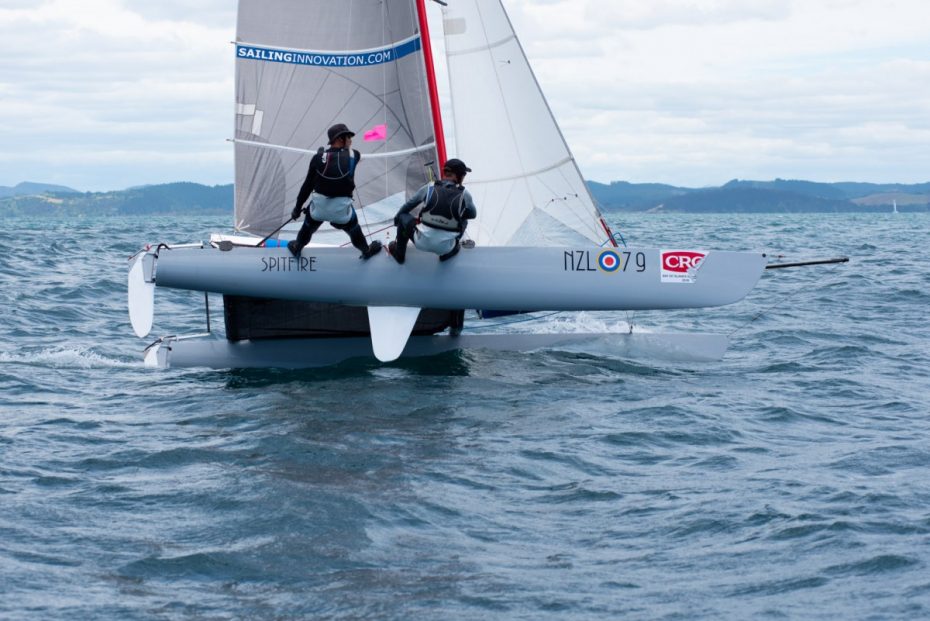 The Bay of Islands has developed a reasonable fleet of Tornado class catamarans in recent years, but with the Tornado Nationals on the line this week too, there’s some decent competition within the fleet from visiting boats too. At the end of day one it was the locals on top, with VMG skippered by Wayne Limbrick leading the fleet. But Limbrick’s old boat Arriba, now owned by Winston Ordish-Benne, is nipping at his heels just one point behind. 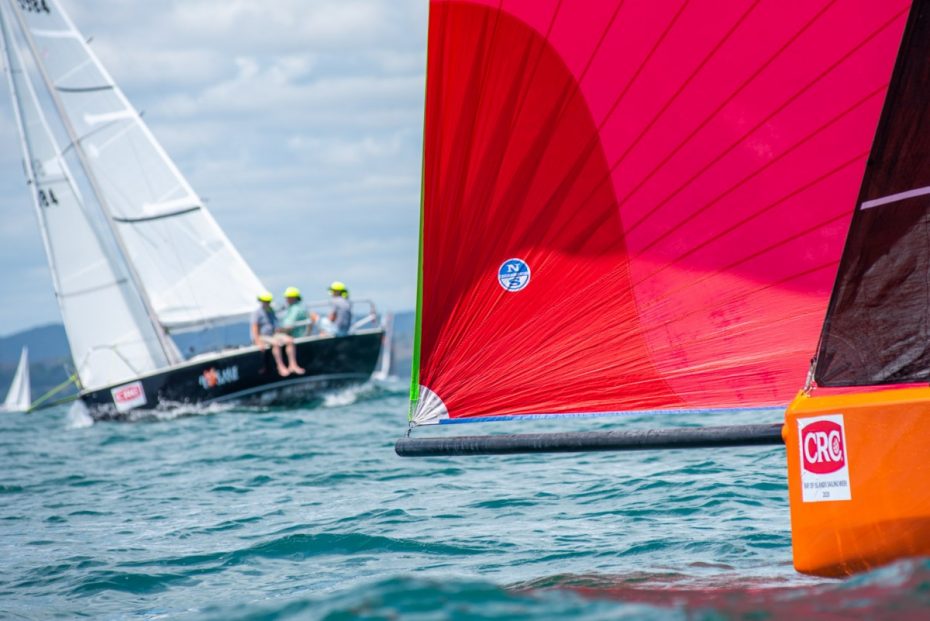 Sport Boats
A record-breaking fleet of 14 sport boats entered this year’s regatta, with late entry Ghost Rider coming out on top at the end of day one. They lead by a margin of only one point over Snatch, whose strong performance with two wins from three races yesterday makes them a real contender to steal the lead today.

Racing continues today in similar conditions, with the final day of racing on Friday 24 January.

Full results from day one can be found here