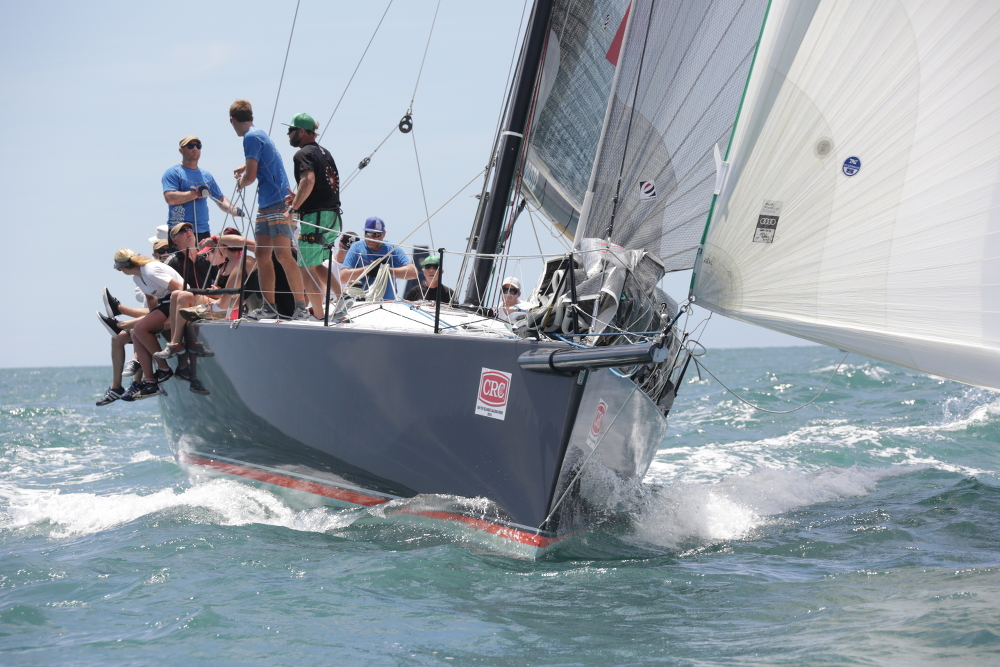 The Bay of Islands Sailing Week regatta is the biggest event of its kind in New Zealand, and was described by yachting commentator Peter Montgomery last year as “the best big boat regatta” in the country.

As one of the premier yachting events in the Southern Hemisphere, Bay of Islands Sailing Week regularly attracts around 100 boats and 1,000 sailors from around New Zealand and overseas. The ethos of the regatta is one of all-inclusive and fun racing, where boats of all shapes and sizes – from sports boats to superyachts – can compete.

The headline sponsor is CRC, and further support is generously provided by North Sails, Southern Spars, NZL Yachting Trust, Harken, Mount Gay, PIC and Zhik. Dozens of volunteers from around the Bay of Islands also lend their time and energy to make the regatta a success each year.

Three days of competitive yet fun racing for yachts of all shapes and sizes, as well as entertainment in the evenings.

In 2017, Bay of Islands Sailing Week is also hosting the prestigious IRC Nationals competition, as well as the Tornado Class Nationals, and the Millennium Cup superyacht regatta.

The regatta always takes place just before the Auckland Anniversary weekend, meaning many sailors stay on beyond the event to enjoy a sailing holiday in the world-class cruising grounds of the Bay of Islands.

The best race viewing is on the water, but racing can also be viewed from the shore. The best places to watch from are the Waitangi Golf Course, or Tapeka Point near Russell.

Evening entertainment, food and drinks can be found in the North Sails/Southern Spars Marquee each evening, in the Opua Marina car park.

The regatta attracts a huge range of boats from around NZ and overseas. Around a third of the boats competing sail under the banners of the four local Bay of Islands yacht clubs. Many more come from around New Zealand, and some even come from overseas to take part.

In 2017, Australian entry Wasabi will be competing in the Island Racing A division, with a crew who are coming over from Sydney for the event. Another overseas entry, Notorious, will be coming from New Caledonia to compete, with at least six New Caledonians as crew.

The regatta website is www.bayofislandssailingweek.org.nz. Updates from the regatta will be posted on the event’s Facebook Page.

A Media Boat will be made available to any media representatives who wish to view the event from the water – please contact Helen Horrocks to arrange.