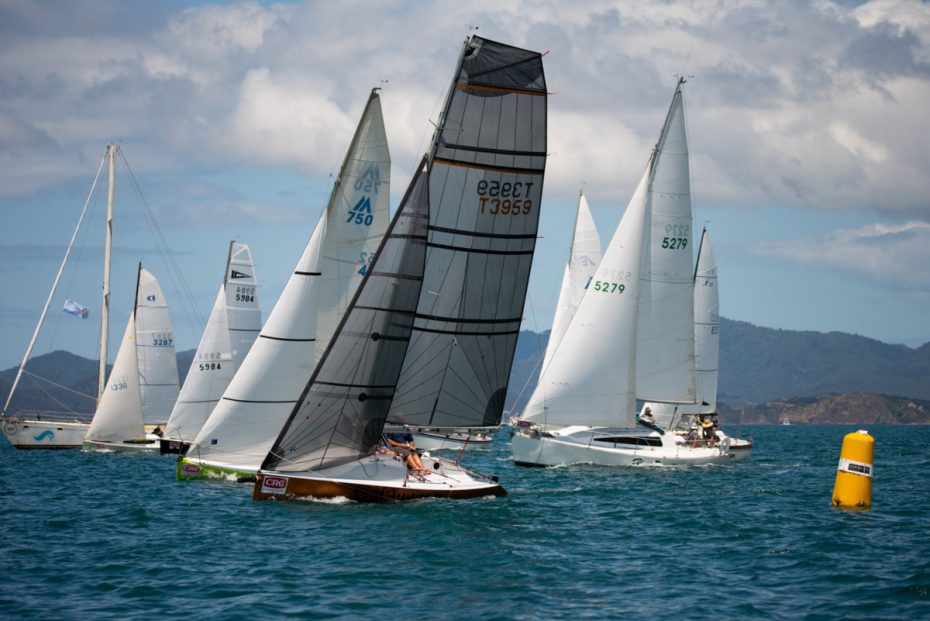 Entries are officially open for the 19th CRC Bay of Islands Sailing Week regatta, which will take place from 26 to 29 January, 2021.

Following the overwhelming success of the last event, at which a record-breaking 139 boats competed, organisers have been inundated with requests to accept entries for the 2021 regatta. This prompted them to issue the Notice of Race and open entries earlier than usual.

It took only a matter of hours for the first entry to be received, even before any notification had been issued. Duthie Lidgard led the charge, entering his Lidgard 29 Risky Business in the Island Racing C division.

Another early entry was received from Kia Kaha – the Bay of Islands-based TP52 skippered by long-time regatta supporter Chris Hornell, who recently completed the Round North Islands 2-handed race with his daughter and co-skipper Rebecca Gmuer-Hornell.

New regatta Chairperson Nina Kiff is hopeful for another successful year in 2021, with substantial early interest from participants, and unanticipated strong support from sponsors, despite financial uncertainty post-COVID.

“It’s just great that our sponsors are continuing to support us.” said Nina, “We thought it would be a tough year for sponsorship and we were looking at how we could run a ‘no frills’ sailing event, but a lot of our sponsors have come back on board already, and everyone is really enthusiastic about the event.”

While Nina is new to the role of Chairperson this year, taking over the role from Manuela Gmuer-Hornell, she is no stranger to the regatta. Nina and husband Tony Kiff were founders of the event back in 2003, and have remained active in the regatta as organisers, volunteers and participants over the years, often sailing with three or four generations of family on board their Nicholson 45 Wetherley.

The Notice of Race and a link to the online entry form is available on the website at www.bayofislandssailingweek.org.nz.