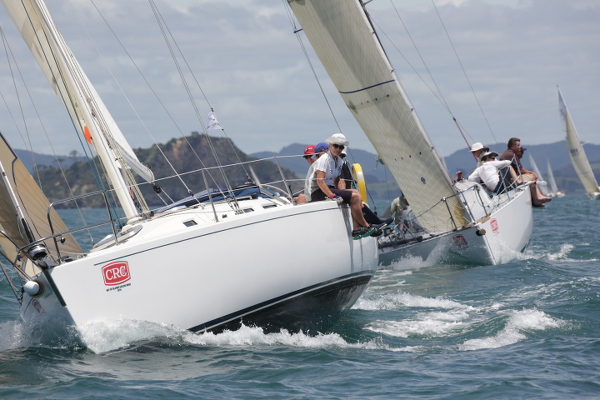 A change to the format of the 2017 IRC Nationals at Bay of Islands Sailing Week will make it more appealing than ever for smaller keelboats to take part.

Bay of Islands Sailing Week will host the IRC Nationals again in 2017, enabling boats with endorsed IRC certificates to compete for the prestigious Nationals trophies alongside the usual Bay Week honours.

But with the difficulties of organising races in which very dissimilar boats compete against each other, regatta organisers have successfully negotiated a format change allowing Nationals competitors to race in three separate divisions. IRC Classes 1, 2 and 3 will align with the existing A, B and C divisions of the Bay Week regatta, so a 30-foot cruiser-racer won’t have to sail the same race as a TP52.

The standard six boat minimum fleet size has also been reduced to just three boats in each class for the 2017 Nationals, in the hope that a successful event will generate more local and overseas interest in IRC racing in New Zealand.

The IRC handicap system is an international rating rule that allows keelboats of all shapes and sizes to join in, without preference to ‘big budget’ boats. As a rating rule, rather than a performance handicap like PHRF, IRC is based solely on a boat’s physical characteristics. Handicaps aren’t altered from race to race, so a boat’s handicap cannot be improved by racing badly. It’s also an unpublished rule, which prevents designers from taking advantage of it when designing new boats, and means boats of all ages and types can win races under IRC.

To find out more and enter the 2017 IRC Nationals and Bay of Islands Sailing Week, visit www.bayofislandssailingweek.org.nz/could-you-be-next-irc-national-champ/