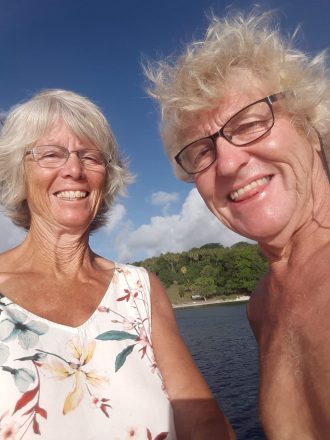 Nina and Tony Kiff in Vanuatu

Before last year’s regatta we carried out an update of our first aid kits, which meant there was a substantial amount of older – but still usable – first aid items like dressings, swabs and bandages that were no longer needed.

Out-of-date drugs were responsibly disposed of, but rather than waste any perfectly usable first aid items like dressings, BOISW committee members  Tony and Nina Kiff came up with the fantastic idea of taking these with them on their winter cruise to the islands, to donate to local communities there.

So we were really pleased to receive this message from Nina and Tony on S.V. Wetherley in Vanuatu yesterday:

“We have just been to see Dr Sali at Nobul on Ambrym. His eyes lit up when he saw it all. Apparently he gets supplies once a month so is often short of things, particularly as the engine on the boat doesn’t work now, so they have to rely on the plane which is expensive. So the things have gone to a good home. Much better than throwing it all in the bin.”

Cheers to Nina and Tony for lending a helping hand to our Pacific Island neighbours, and the environment by reducing waste going to landfill. 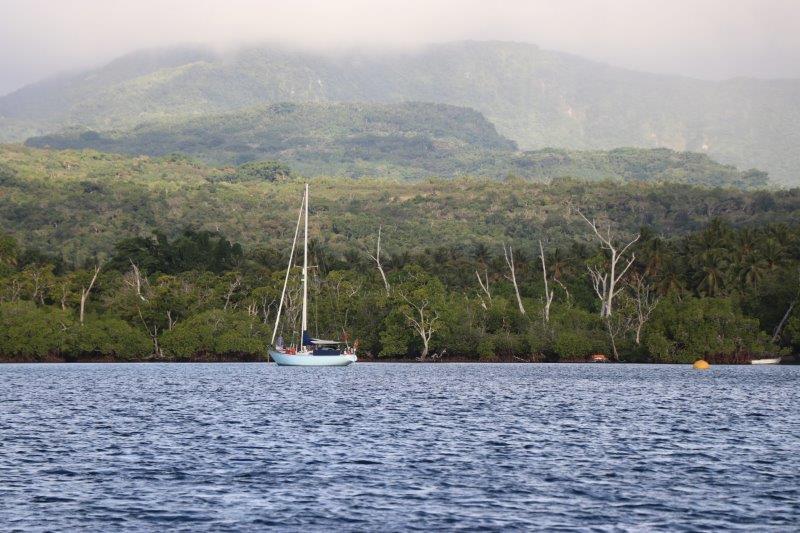 S.V. Wetherley, a regular competitor at Bay if Islands Sailing Week since the very first regatta, on tour in Vanuatu this winter. 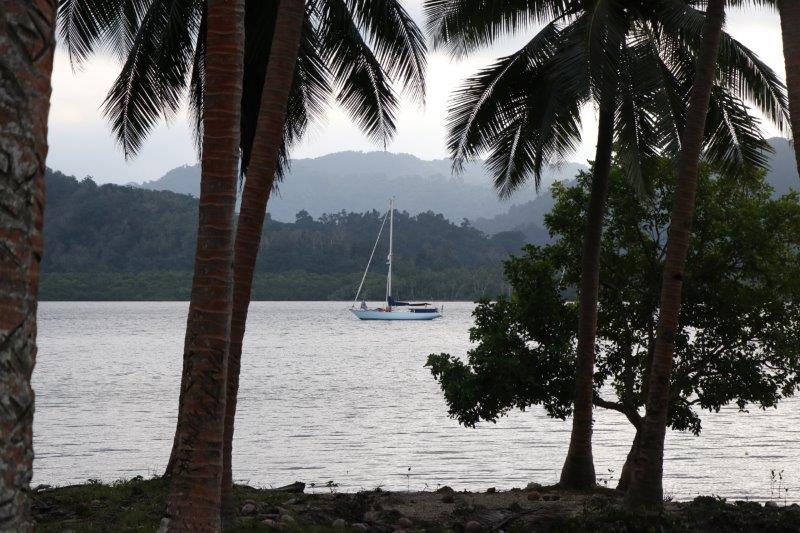