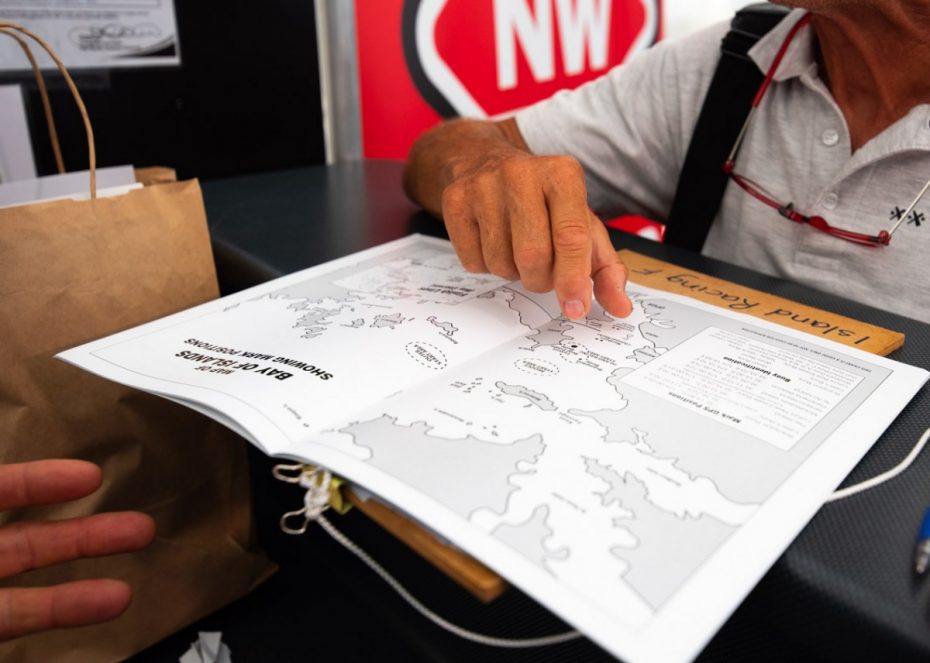 “That bloody handicapper, that was our race! The useless bugger doesn’t have a clue what he’s doing. Look at that, we’ve gone UP again since last race. We should have won”.

How many times have we heard this complaint in the bar after a club Saturday or Wednesday night race? How many times has it been us complaining or arguing the toss after the event? Well, who is this bloke who keeps ruining our perfect winning run and why does he do that?

Secondly, it depends what type of handicapping you’re talking about. As it turns out there are basically two types of ‘official’ yachting handicap methods and at least one more ‘unofficial’ method. The two official methods are grouped into either Empirical Handicaps or Measured Ratings. We’ll get to the third type later….

If your handicap keeps changing as often as your underwear or the weather, then it’s one of the Empirical Handicaps. These are the type of handicaps that change depending on how well you sail – or not! Empirical Handicaps are thus a measure of your boat and your crew. They are also the type of handicap commonly used at club and inter-club races where there are very mixed fleets of yacht designs.

Yachting New Zealand calculate and maintains the national PHRF (Performance Handicap Rating Factor) handicap and everyone who’s done a Coastal Classic or participated in SSANZ racing will be familiar with it. PHRF is re-calculated annually and is based on your boat’s past performances. Like any Empirical method, consideration is given to changes to the boat or its significant gear and to changes of owners, but the end result is a time correction factor that is applied to the time you take to finish a race.

Like most clubs, ‘the bloke who handicaps you out of contention’ at Yachting New Zealand is a committee of hard working and dedicated volunteers who take the task very seriously, not the least because they know every skipper and most crew will have their own very vocal opinion on the matter…

The second type of handicap, the Measured Rating, is a time correction factor that is calculated from measurement of a boat according to a rating rule. The rules we may have heard of down here are IRC, ORC, ORCi but there are others in different parts of the world and there have been untold throughout yachting history.

The principle is simple – measure the same things in different boats, apply certain weightings to those things, use a formula of the weightings and arrive at a time correction factor. Sounds simple enough – but if that was all there was then every designer would simply focus on those things with the highest weighting in the formula and we’d probably end up with all boats looking identical and no ongoing development. So the rule writers keep the weightings and the formulas secret.

That’s the simplistic picture anyway and different rating rules have different methods. However, it does allow seriously competitive yachts of different designs to race against each other without owners having to build a new yacht and push new boundaries every season. Surprisingly, seriously competitive owners often appear compelled to do just that anyway!

Measured Ratings are devised and/or managed by international yachting organisation such as the Offshore Racing Council (ORC) and the Royal Ocean Racing Club (RORC), and boats are measured locally by appointed measurers. Because of the expense of measuring and the limited racing, not a great number of boats are measured but those that are enjoy serious racing and often compete internationally or in offshore events such as the Auckland – Fiji yacht race.

Finally, the third and unofficial method of handicapping. This is known as the ‘Self Handicapping’ method and it takes many forms. It may simply be the skipper with the hangover who arrives at the boat without the spinnaker, or the disorganised skipper who fails to arrange crew. But the most accomplished self-handicappers always belong to the boats that provide the most entertainment on the water. The boat that didn’t check what time their division started without them. The boat that read the course instructions incorrectly or not at all. The boat that is sure they can carry the number 1 spinnaker on a tight reach when it’s gusting 25–30. Self-handicapping achievements are endless and best of all they perfectly identify the bloke who ruined your race.

Most of us race under the Empirical Handicaps applied by the club running the event. The big question is, how do they arrive at the correction factor (handicap) applied to you and your boat? This is a big question that is asked often and bluntly, as described earlier.

There are various methods of calculating your handicap but basically, these methods start with a ‘theoretical’ elapsed time calculated as a percentage of the elapsed times of all the boats in your division for your last race. This may be 50% of the fleet or it may be something else, depending on the objectives of the club. Then a ‘new’ handicap is calculated for each boat that that would have finished it at that ‘theoretical’ elapsed time. From this point on the art of handicapping begins.

It may be that the handicappers want rapid change between races. This might be typical in the early part of a series. So then the handicappers could apply a race-by-race method where the new handicap was calculated as described, but then a weighting of say 75% is given to your new handicap and 25% to your last race’s handicap. You can see that your handicap could move significantly if you were first by a country mile or DFL by 2 hours….

As a series develops the handicappers might want to slow the pace of change, quite reasonably thinking that the performances should have settled down by then. So they might use the computer’s method of averaging the handicaps of the last 3 or 4 or 5 races to calculate the new handicap.

Then there are subtleties like clamping the percent of change so that really good or really bad results are excluded. Getting this right as much as possible is where the art comes in.

“Aha” you say, “so it is the bloody handicapper(s) who can ruin my race?” Well, not really. A well organised club will have a written handicap policy setting out the racing goals and the practices to achieve them. This policy is the vital element that gives the handicappers guidelines and checks. Clear objectives that are the agreed policy of the club also minimise the usual complaint that the handicapping is subjective and biased.

Handicapping isn’t perfect, but done well everyone, including the handicapper(s), can enjoy both the racing and the vital discussion over the after race beer about the day’s best self-handicapping achievements.

You can review the Handicapping approach and policy in place at Bay of Islands Sailing Week on our Handicapping page.