Happy New Year folks! Whether you’re back to work yet or not, we hope you had an enjoyable break, and managed to make the most of what good weather we did enjoy over the holidays.

The 20th Bay of Islands Sailing Week is two weeks away, and our entry list is still growing, with 98 entries to date. We’re so close to the big ‘hundy’, so if you haven’t already entered, we’d really appreciate if you could do it now and help us get over that awesome milestone of 100 entries.

Great competition shaping up in all divisions 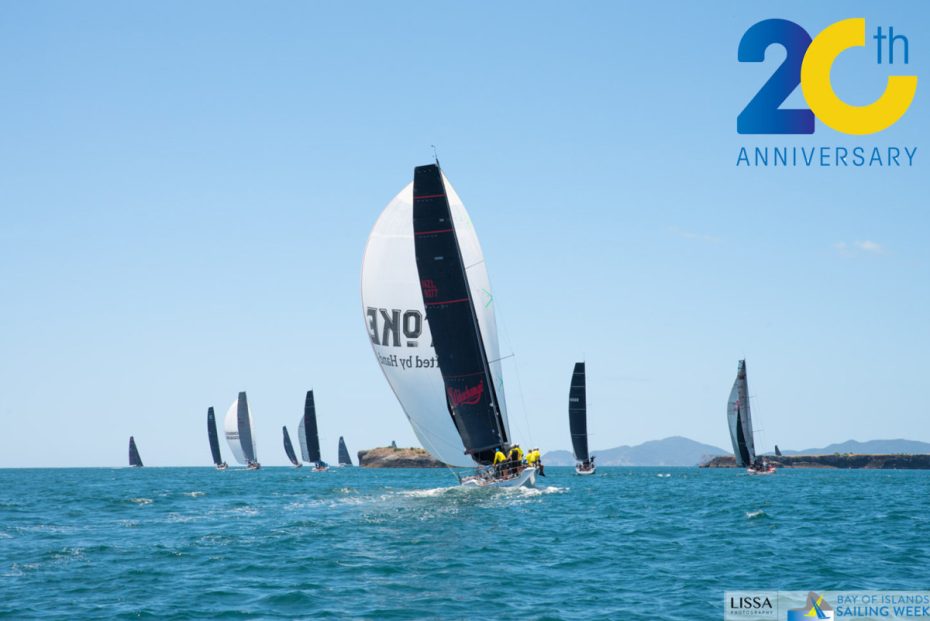 The Entry List for our 20th anniversary event is shaping up nicely, with good numbers coming in across the divisions, which will translate to great competition out on the water.

A Division – the province of the 52-footers – has a healthy six entries this year, with local TP52s Kia Kaha and Formula One battling the Squadron stalwarts of Georgia, Mayhem, V5 and Wired.

B Division has seen substantial growth in recent years with the popularity of 40ft racing keelers increasing. This year’s exciting fleet of evenly matched boats numbers eight at present, with three Melges, two Ker’s and a Soto 40 up against a Farr 36 and 43.

C Division tends to be a tough division to fill, with the smaller keelers usually opting for Island Racing rather than windward leewards. But this year’s fleet is off to a great head-start with four entries already. A couple more Farr 1020s or Ross 930s and we’ll really have some great racing here.

E Division is set for a record-breaking year with 12 entries so far. This is always a superbly competitive division, with a lot of local pride at stake among the many Bay of Islands-based boats. There’s also a great class battle shaping up here with four Elliott 5.9s entered at this stage. 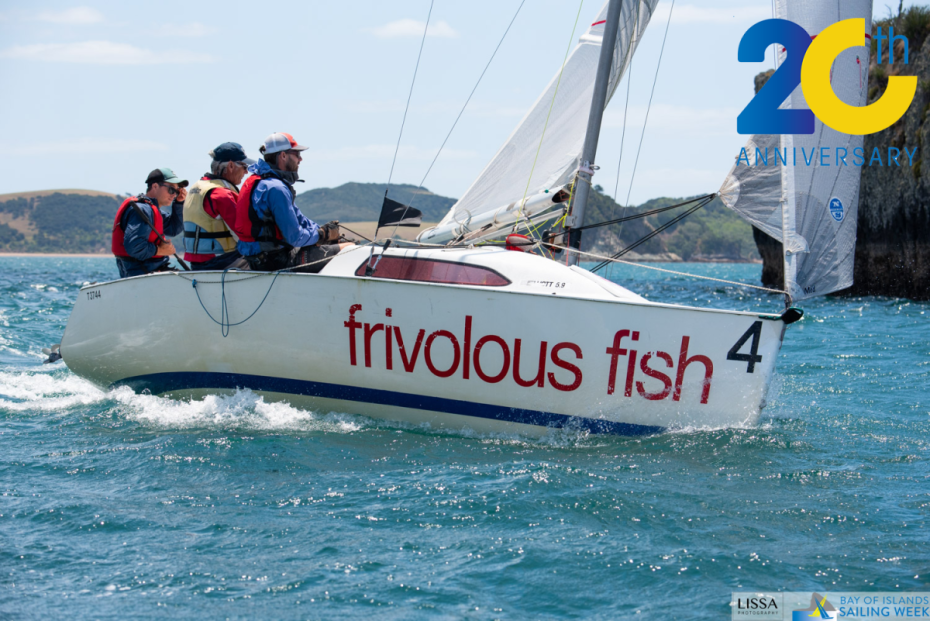 Sport Boats have shown up in force to create another potentially record-breaking fleet. Magic 25s and Shaw designs always feature heavily in this wet and wild bunch, so we look forward to seeing some great action from the sport boat division this year!

Young 88s number four at present, all of which are ‘out of town’ boats at this point. There are at least a couple of local Young 88s who are currently being hounded to enter, and hopefully they do because there’s always close and exciting competition among this fleet.

Multihull divisions are the only ones with low numbers at present, with just two entries in each of the Open and Island Racing divisions, so hopefully we’ll pick up a few more as the days tick down.

Island Racing as always is a melting pot of different designs, from production cruisers to modern racers. But tying them all together is the desire to take Bay of Islands Sailing Week at a more relaxed pace, sailing a single scenic (but still fiercely competitive) round-the-islands race each day.

This year we welcome back some 20-year veterans of BOISW like the ever-reliable Kantime, as well as some feisty fresh entries like Soto 30 The Muppet Show, owned by BOISW co-founder Ray Haslar.

If that all whets your appetite for some close and competitive racing in the spectacular setting of the Bay of Islands, plus the legendary after-race debriefs, then what are you waiting for? Get your entry in now and join us from 24-27 January for NZ’s BEST big-boat regatta!