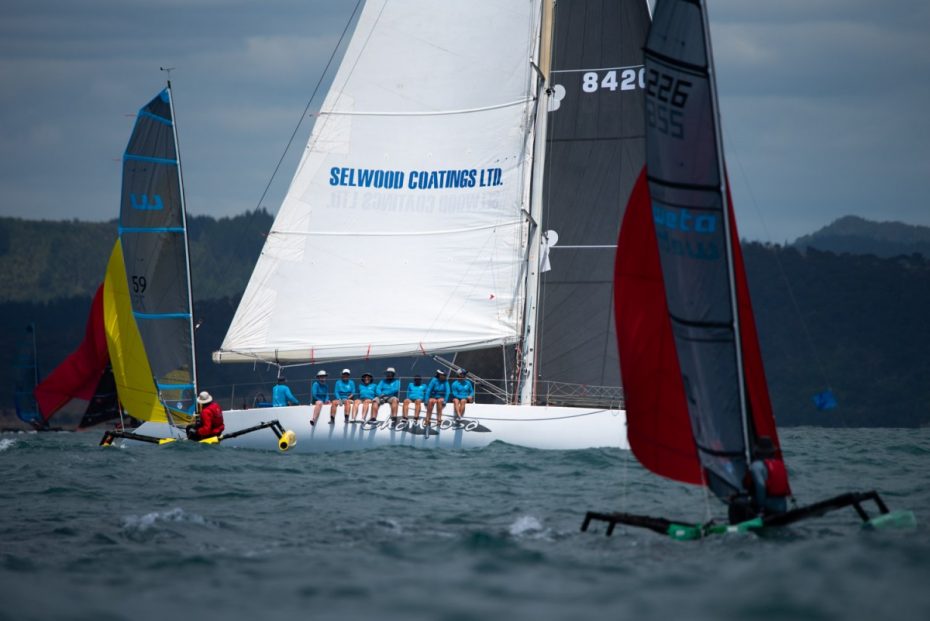 The 19th annual Bay of Islands Sailing Week in January 2021 will be refocusing on the needs of its core ‘big boat’ fleets, say the event’s organisers as they begin the task of planning for the next four-day regatta.

The announcement coincides with the organising committee’s decision not to run racing for the Weta and Tornado classes as they have in recent years, due to safety concerns and limited on-water resources during the week.

The event’s outgoing Chairperson, Manuela Gmuer-Hornell, says over the years the availability of chase boats, which are generously provided by local yacht clubs, organisations and volunteers, has declined.

“In the past we’ve welcomed the likes of the Weta and Tornado fleets”, Manuela says, “but the challenge of securing on-water safety boats has reached a point where we just can’t provide these competitors with adequate safety.”

Committee member Phil Webb says running races for Wetas and Tornados alongside larger boats is tricky, and directs resources away from the yachts the regatta was created for.

“Because they don’t have an auxiliary motor, they really should have a dedicated safety boat,” said Phil. “We’ve seen the fleet so spread out that we can’t see all the boats, so a tail ender could easily be overlooked, have no tow home and not be accounted for. But we just don’t have enough boats or volunteers to run a safety boat.”

“The Wetas would be much better suited to a course in the inner harbour, but the harbourmaster had concerns over safety with the amount of traffic at that time of year. And it would take another complete on-water crew as well, which we just don’t have.”

Manuela said the decision, while not being an easy one, would allow organisers to put more resources into delivering a world-class regatta for keelboats, larger multis, trailer yachts and sport boats.

“We want to be an inclusive regatta, but we can’t be everything to everyone”, said Manuela. “We’re going back to our roots and we think it’s going to make it even better for the ‘big boats’ the event was created for.”

Bay of Islands Sailing Week is scheduled to take place from Tuesday 26 to Friday 29 January, 2021. The event, described by Peter Montgomery as “the best big-boat regatta in New Zealand”, welcomed a record-breaking 141 entries earlier this year.