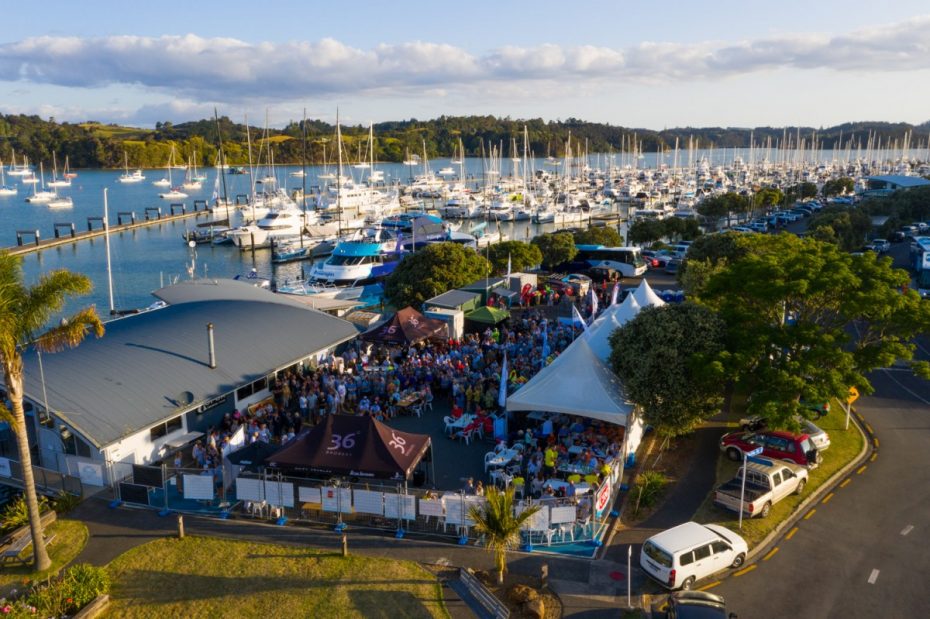 Widely renowned as one of the Southern Hemisphere’s premier sailing events, the Bay of Islands Sailing Week regatta has gained even more momentum in its 20th anniversary year with a significant funding boost.

The event, which throughout its history has been operated as a non-profit incorporated society, and run almost entirely by volunteers, has been successful in securing grants from two contestable regional events funds. The funds received are from the Northland Events Fund administered by Northland Inc, and the Events Investment Fund administered by the Far North District Council (FNDC). Both organisations noted the positive impact the regatta has on the local economy, by attracting visitors to the region.

Bay of Islands Sailing Week regularly attracts well over 100 boats, with entry numbers peaking pre-Covid in 2020 at 141 boats. Entries for the 2023 regatta already number 78, and organisers expect a boom in entries for the event’s 20th anniversary. Typically around two thirds of entries come from outside the Northland region, many from Auckland, but also Tauranga, Wellington and Christchurch, as well as Australia, the Pacific Islands and further afield.

The yachts entered in the event are crewed by an estimated 1,000 sailors, who are often accompanied by family and friends. Participants in the regatta frequently stay in Northland to holiday before or after the event, so the regatta is recognised as having a significant positive impact on the local economy.

Bay of Islands Sailing Week Media Liaison, Helen Horrocks, says the funding received is in line with the founding principle of the regatta, to promote the Bay of Islands as a world class destination for visitors and sailors.

“Tony and Nina Kiff, who were two of the original founders of the regatta, came here from England and couldn’t understand why there wasn’t a major regatta here like they have at Cowes Week back in the UK. So that’s how Bay of Islands Sailing Week came about,” says Helen. “It’s always been about showcasing the Bay of Islands as a fantastic place to visit and sail, and this funding will help us do that better than ever.”

Tony and Nina Kiff were recently recognised for their outstanding contribution to sailing with a Service Award at the Yachting New Zealand Excellence Awards. ‘The Kiffs’, as they are affectionately known, have been involved with the regatta as committee members and volunteers since its inception in 2003. They also compete in the regatta – often with several generations of family on board their boat Wetherley.

The 20th anniversary edition of Bay of Islands Sailing Week will take place from 24 to 27 January, 2023, based in Opua, with racing taking place throughout the Bay of Islands. The event is made possible with the generous support of Northland Inc and FNDC, as well as other major sponsors NZL Sailing Foundation, North Sails and Explore, plus many more sponsors, supporters and volunteers.

Regatta Chair Ian Clouston says: “We rely on sponsorship to run this event to the high standard it has reached over the years, and to keep delivering improvements. It’s the continued generosity of our sponsors that has made this the world class event that it is today.”