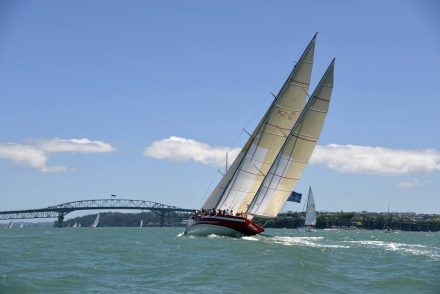 For anyone venturing north to BOISW, the trip back down the coast after a week of racing and partying can be… well, a bit of a drag. So we’ve joined forces with the organisers of the Auckland Anniversary Regatta to turn that drag into an awesome new rally to Kawau!

Starting from Opua (at a very civilised time) on Saturday morning, you can now join a fun and friendly race to the Kawau Boating Club in beautiful Bon Accord Harbour, and enjoy a brilliant boaties breakfast laid on for you by the club at Prizegiving on Sunday morning.

From there you’ll be in prime position to join the Kawau Island to Princes Wharf Passage Race on Monday – part of the iconic Auckland Anniversary Regatta.

What better way to round off a great week of sailing in the Bay of Islands? For more info on the Auckland Anniversary Regatta, visit www.regatta.org.nz.