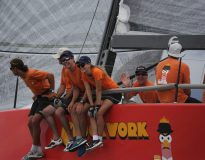 CRC Bay of Islands Sailing Week has long been known in sailing circles as New Zealand’s most fun regatta. Many participants love the event for its family-friendly, holiday feel, as much as for the competitive element. It’s an inclusive event, where families often sail together, and a whole spectrum of boats and people converge to enjoy three days of colourful, scenic and competitive racing. 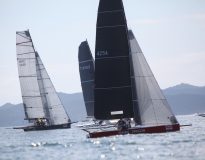 It was a close call early this afternoon, as Race Officers made the difficult decision about whether to abandon racing on the third and final day of CRC Bay of Islands Sailing Week 2018. 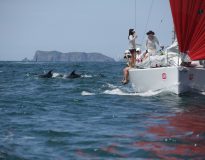 Another delayed start today was welcomed by the fleet, who seemed to unanimously support the Race Officer's decision to postpone racing until the breeze had properly filled in. 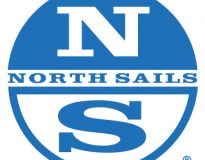 High pressure to the west of Northland over the E Tasman Sea – a ridge from the high to the east across Northland. Rather soft SW-SE winds early morning with a left thermal shift to NE-N in the afternoons. 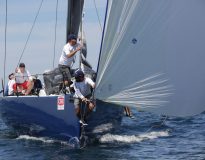 An early sea breeze filled sails this morning for the first day of CRC Bay of Islands Sailing Week. Calm conditions initially delayed racing, but a light breeze filled in from the north east around 11am, allowing racing to get underway, much to competitors' and organisers' delight.

WED 24 SITUATION Most shower activity has cleared – but afternoon heating and convergent winds from both sides of Northland generated a line of showers/storms inland this afternoon.
Page 1 of 512345»
Back to top