This year we cracked the big 100! Our hundredth entry was Wyvern – a Weta trimaran skippered by David Spiers. Congrats David, and thank you to all 102 of you who have entered so far, making this our biggest year in nearly a decade! 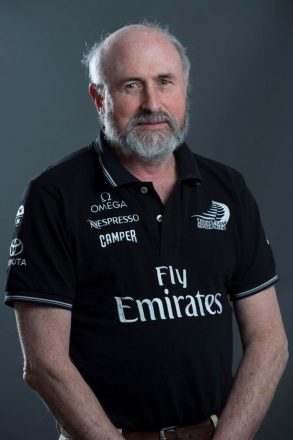 North Sails Weather Forecasts will be issued daily before racing begins. You can check them out each morning in the North Sails & Hall Spars Marquee, and by following us on Facebook or Twitter.

Here’s the latest from ‘Clouds’:

SITUATION:
Most of the showers have cleared to the east – but there is still a shower or two possible during the area this morning.

The nearby trough line has NW wind – rather light and it will try and trend right to N, but with cloud about – the thermal right will be rather weak.

Tomorrow – the flow reverses to SW-S – around the high that will be ridging in from the west and the controlling gradient breeze will remain SE for the regatta – a rather soft SE and that will trend thermally left every afternoon to E-NE  then NE-N – less left tomorrow than THU and FRI.

TODAY:
Weak trough nearby – much of the rain/showers has cleared to east.

Still a few showers around today – should be gone tonight.
Fairly cloudy with a shower or 2 in the area.

Light NW winds – with a slight right trend and a build in the early to mid afternoon.