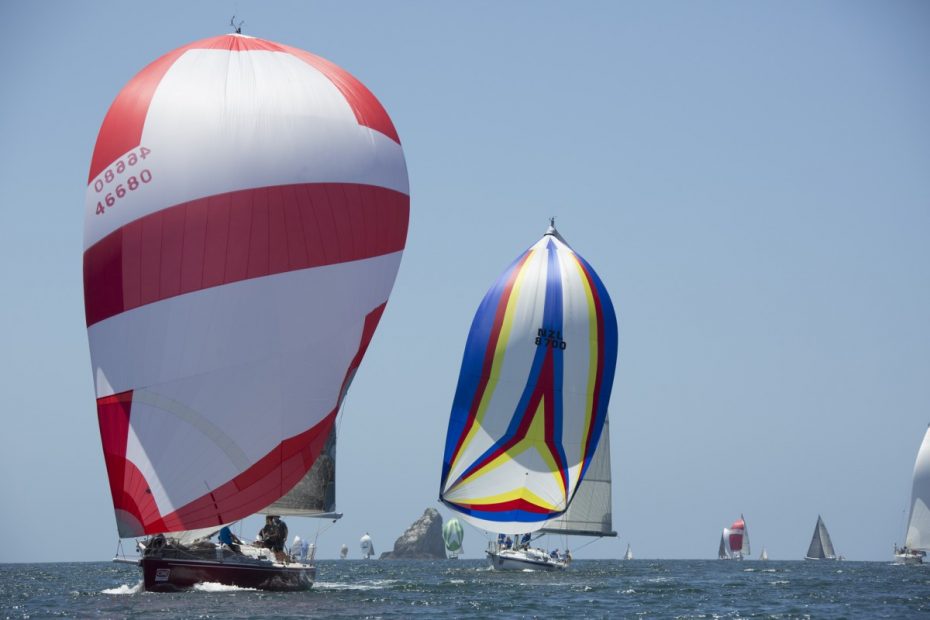 CRC Bay of Islands Sailing Week is the biggest event of its kind in New Zealand, and was described by yachting commentator Peter Montgomery as “the best big boat regatta” in the country. The ethos of the regatta is one of all-inclusive and fun racing, where boats of all shapes and sizes can compete.

Now in its 16th year, CRC Bay of Islands Sailing Week is regarded as one of the premier yachting events in the Southern Hemisphere. This year 102 boats have entered, ranging in size from 4.4m to 21m, making this the event’s biggest year in nearly a decade.

The headline sponsor is CRC, and further support is generously provided by North Sails, Hall Spars, NZL Sailing Foundation, Mount Gay Rum, Harken and Zhik NZ. Dozens of volunteers from the local area and as far afield as the South Island, Australia and even Scotland also lend their time and energy to make the regatta a success each year.

Three days of competitive yet fun racing for yachts of all shapes and sizes, plus evening entertainment.

Evening entertainment, food and drinks can be found in the North Sails & Hall Spars Marquee, at the Opua Cruising Club.

As 2018 will be the regatta’s 16th year, a ‘Sweet 16’ birthday party has been organised for the evening of Thursday 25 January, with a 60s dress-up theme, live 60s music, presents, cake and nibbles.

New for 2018, the Kawau Rally, departing Opua on the morning of Saturday 27 January, will provide a fun way to round off the regatta for those sailing back down to Auckland and beyond.

These two towering trimarans have a history of closely fought battles. With the help of Jimmy Spithill, Simon Hull’s 60 foot Frank Racing narrowly beat Karl Kwok’s 70 footer MOD Beau Geste in the Coastal Classic race in October. But the tables may have turned, as Beau Geste have reportedly enlisted the help of America’s Cup winners Guy Endean and Joe Sullivan. Will their all star crew win them retribution after their Coastal Classic defeat?

In the Sport Boats Division, a long awaited match-up between two pocket rocket rivals will result in one of them walking away with bragging rights. Locals will no doubt be cheering for home team Stu Wilson and his crew on Angry Dragon. But they’ll have to be on top form, as they’ll be up against America’s Cup and Volvo Ocean Race winners Phil Jameson and Brad Marsh on Ghost Rider.

Chris Sharp vs the rest of the Weta fleet

Paralympian and World Masters Games medallist Chris Sharp loves the fact that his Weta allows him to race competitively against able-bodied opponents. Will he make it to the top of the podium? He believes he can – and so do we!