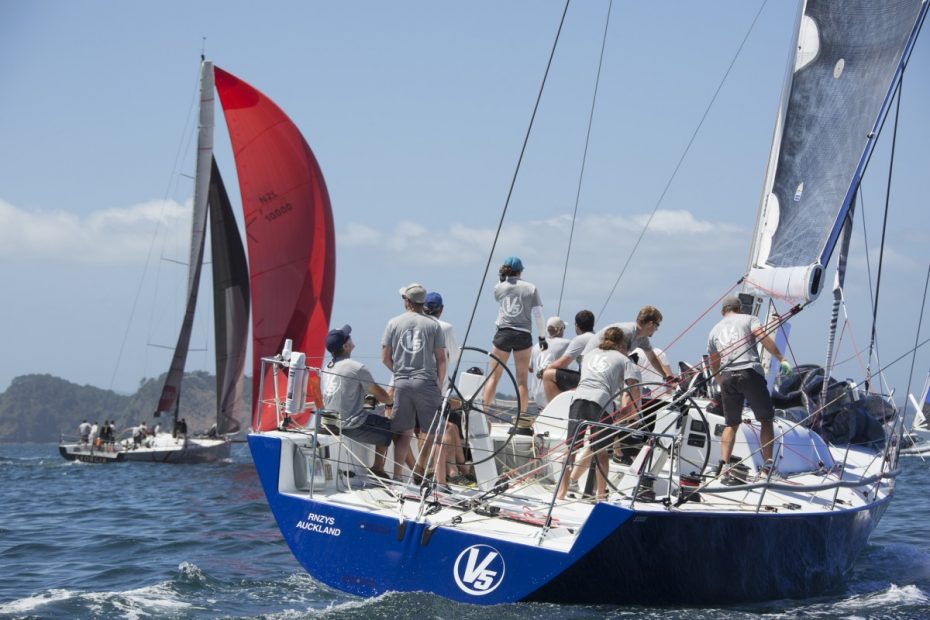 Organisers are expecting one of the largest fleets ever recorded in the event’s 16 year history. A whopping 99 boats have entered to date, with more expected to sign up before racing gets underway next Wednesday morning.

“It looks like this will be our biggest year in nearly a decade, and probably the second biggest year ever, which is amazing”, said Regatta Chairperson Manuela Gmuer-Hornell. “It just goes to show that what we’re doing at Bay Week is something people really love.”

Among those hitting the water in boats of all shapes and sizes will be some well known stars of New Zealand sailing.

In A Division, Olympic cyclist turned Team New Zealand sailor, Simon Van Velthooven, will be on board with Opua local Chris Hornell on his TP52, Kia Kaha. Far from having a unique advantage though, the crew of Kia Kaha will have to pick the shifts carefully, with opponents Georgia boasting renowned tactician and America’s Cup veteran Brad Butterworth on their team.

There will be plenty of action outside of the ‘Formula One’ divisions too, with the tiny 4.4m Weta fleet using CRC Bay of Islands Sailing Week as a training event prior to the Weta Nationals in March.

Aiming to be at the front of the pack will be Kerikeri-based Paralympic sailor Chris Sharp, who claimed Bronze in the single-handed Weta class at last year’s World Masters Games. Racing competitively against able-bodied sailors is a big part of the attraction for Chris, who was left paraplegic after a motorbike accident.

“The Wetas are a boat that are a handful for para-people to sail, but it’s possible, and the performance is fantastic. The beauty of it is we’re not restricted to racing against para-people. We just sail with the intent of winning because it feels natural to do so.” says Chris.

This will be Chris’s first CRC Bay of Islands Sailing Week, despite living locally, and he says he’s “super excited” about it. “I can’t think of anything more fun than doing a regatta with so many mixed classes all around, everyone racing their little hearts out.”

CRC Bay of Islands Sailing Week takes place next week with racing throughout the Bay of Islands over three days, January 24-26, starting at 10.30 each morning, and finishing around 4 o’clock each afternoon. There will be entertainment each evening from 4pm, at the North Sails & Hall Spars Marquee, located outside the Opua Cruising Club – all welcome.