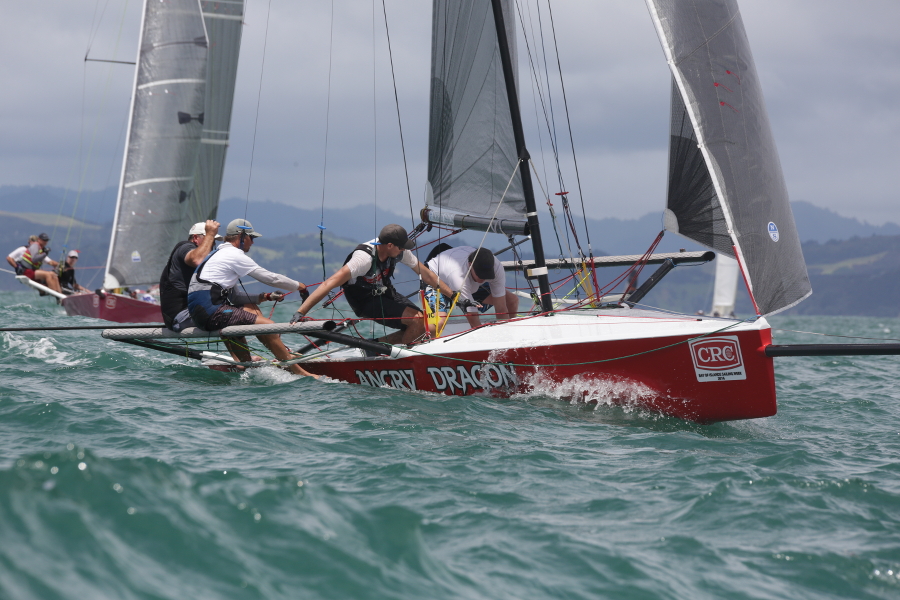 The year 2017 will be a special one for Bay of Islands Sailing Week, as the biggest regatta of its kind in New Zealand turns 15 years old this month.

The first ever Bay of Islands Sailing Week regatta was held in 2003, with 39 boats competing across four divisions. The idea for the regatta came from Opua couple Tony and Nina Kiff, and the event’s aim is still just as Tony Kiff described it in 2003: “to offer sailors a yachting event for keelboats, trailer yachts and sports boats, while showcasing the Bay of Islands as a magnificent sailing and holiday destination”.

Originally from England, Tony and Nina Kiff arrived in New Zealand on their yacht with their four children in 1992, and made the Bay of Islands their home. They wondered why there was no premier sailing event in the Bay of Islands, given its spectacular location and friendly people.

In 2002 their concept became a reality, when the Bay of Islands Sailing Week was established as an incorporated society, with a $500 loan from each of the four local yacht clubs. The committee was made up of representatives from Opua, Kerikeri, Russell and Bay of Islands yacht clubs, and it was the sheer determination of the original committee that got the event off the ground.

Nina Kiff says: “We applied for a grant but right up to the date of the regatta we still hadn’t received anything, so we really didn’t know if it was going to go ahead or not. In fact it was only after the first race had started that we finally heard we’d been granted some funding!”

Andrew Riddell, who together with Ray Haslar and David Hope-Lewis, has been on the committee for most of the event’s 15 years, says: “it was the combination of the Kiffs’ great idea with Ray [Haslar]’s New Zealand yachting contacts that really got the event off the ground, and it just wouldn’t have happened without all the people working behind the scenes”.

The Kiffs stepped back from organising the event a few years later, but still compete in the regatta in their boat Wetherley, while their son Tom Kiff will be sailing in the Sports Boat division on board Angry Dragon.

“It’s a real family affair for us,” says Nina Kiff. “I think even in the first year we had a few boats competing, because we entered the Flying Fifteen as well as the big boat to help make up the numbers.”

Fifteen years on, and there’s no longer any pressing need for committee members to help make up the numbers. With 84 boats already entered in the Bay of Islands Sailing Week, and a further eight superyachts lined up to take part in the Millennium Cup regatta alongside the Bay Week races, the regatta’s popularity among sailors is unrivalled in New Zealand.

Regatta Chairperson John Grant believes at least some of the event’s success can be attributed to the way it caters to sailors of all types, saying: “It looks like we’ll see a lot of competition in Island Racing A and B, which I think shows that after 15 years the regatta can still accommodate everyone’s preferences, whether they’re coming for serious racing or just for fun.”

Ray Haslar, who has been on the organising committee ever since the very first regatta, believes the event has endured thanks to “the continuing committee of volunteers who have done all the work and are still doing the work after all these years. There are so many people who have put in so much effort and a lot of time to get it where it is, and they don’t get any credit for it, yet they keep coming back to help year after year”.

At the same time, another important milestone will be celebrated by a smaller contingent of the regatta’s participants. The International Tornado Class – a type of racing catamaran usually crewed by two people – will be celebrating its 50th year at Bay of Islands Sailing Week 2017. The regatta will also be playing host to the Tornado Nationals event, and the regatta entry list already shows six entries in the Tornado Division.

Bay of Islands Sailing Week takes place over the final week in January, with three days of racing Wednesday 25th to Friday 27th January, and evening entertainment at the North Sails/Southern Spars Marquee in Opua. 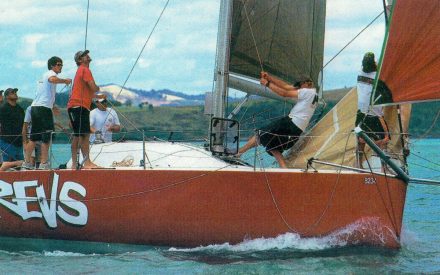 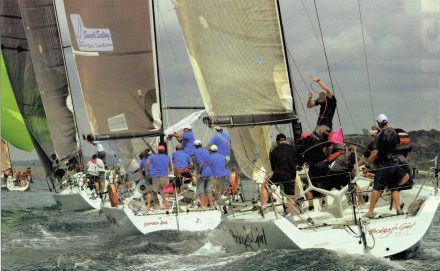 Competition heats up in the 2007 event. Photo – Boating New Zealand 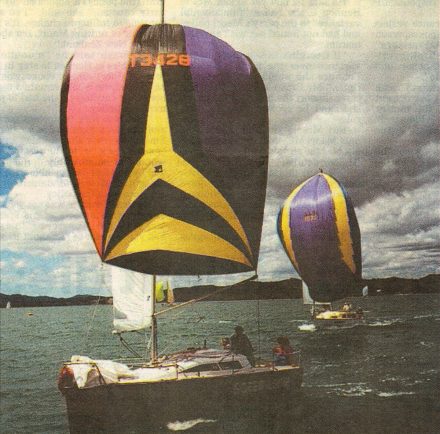 A Media Boat will be made available to any media representatives who wish to view the event from the water – please contact Helen Horrocks to arrange.