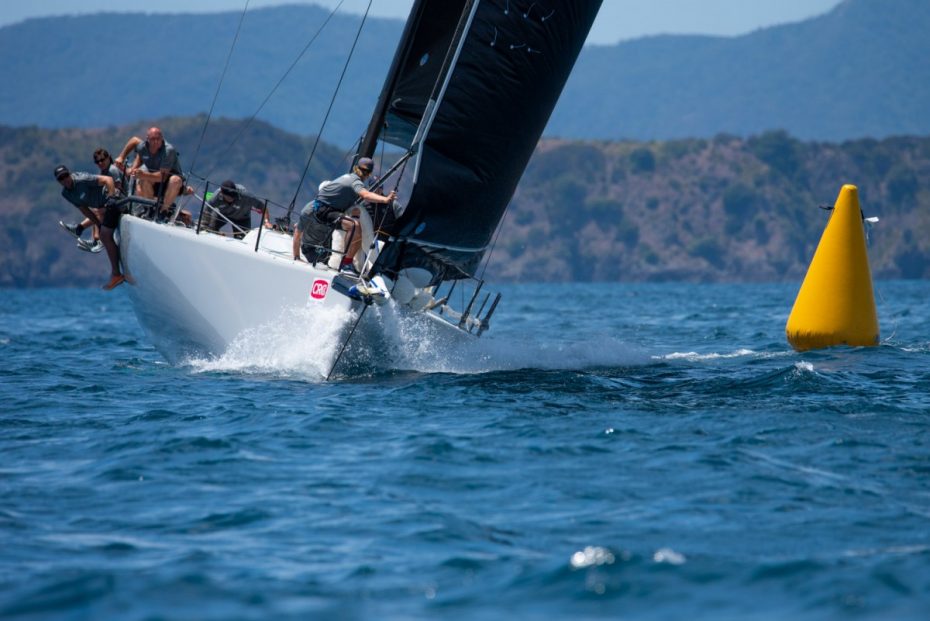 The second day of CRC Bay of Islands Sailing Week offered up “fantastic racing” for the boats on A and B Division, Tornado and Multihull courses today, according to Race Officer Megan Kensington.

“We did two windward leewards in great breeze, and a shorter bay course than yesterday, but it was still 10 miles.”

Kensington suspects there weren’t many lead changes in the series results, with the same boats performing well on both days of the regatta so far.

“Mayhem was very dominant in the A Division, Ice Breaker in B Division, 91 [VMG] is dominant in the Tornadoes but they did actually get beaten on line in one race for the first time. In the multis, Radix has been dominant. But Boat 2 made an appearance, today they had a second and a third.”

The series results for day two prove Kensington correct, with Mayhem, Ice Breaker, VMG and Radix all holding onto their early leads from yesterday.

On the middle course, the day was a little different. After a slow start the boats in E Division, Young 88s, Sport Boats and Wetas only completed two out of three scheduled races. Even though racing was pushed back an hour, Race Officer Celia Carson says there was still a further hour’s delay on the water because of a lack of morning breeze.

“We had no wind until after midday, but then we got a steady northerly which came in straight away. Then it went a little bit west but same wind strength.”

Carson says most boats on her course had ironed out the creases from day one, and there was closer and more competitive racing today. However, with the morning’s delays and a beach party to get to after racing, it was decided to run only two races to avoid a delayed finish.

“We had a couple of boats over the line at the start, so it was a bit more competitive today. But we only did one windward leeward and a bay race. We decided to stick with two good races today so they can come in and get to the party tonight.”

In E division, 4 Fox Sake is still leading at the end of day two, and in the Weta class it’s hard-to-beat Paralympian Chris Sharp looking sharper than most.

In the Sport Boats, Carson said there were “three boats that were way out in front of the others”. But it’s Phil Jameson on Ghost Rider who is cruising towards a win. He is without doubt dominating the line honours results, but tied for first with Snatch on general handicap.

In the Young 88s, Slipstream skippered by Gavin Brady and his daughter Carrington was “streets ahead” on line according to Carson. But their ruthless performance was marred by a disqualification, which together with a fierce handicap puts them dead last in general handicap results.

“But they all had good sailing today,” Carson said. “I think they all enjoyed it. Bring on tomorrow.”

Final placings, along with PHRF and Tornado National Champions, will be decided on the last day of racing tomorrow, Friday 24 January.

Full results from days one and two can be found here 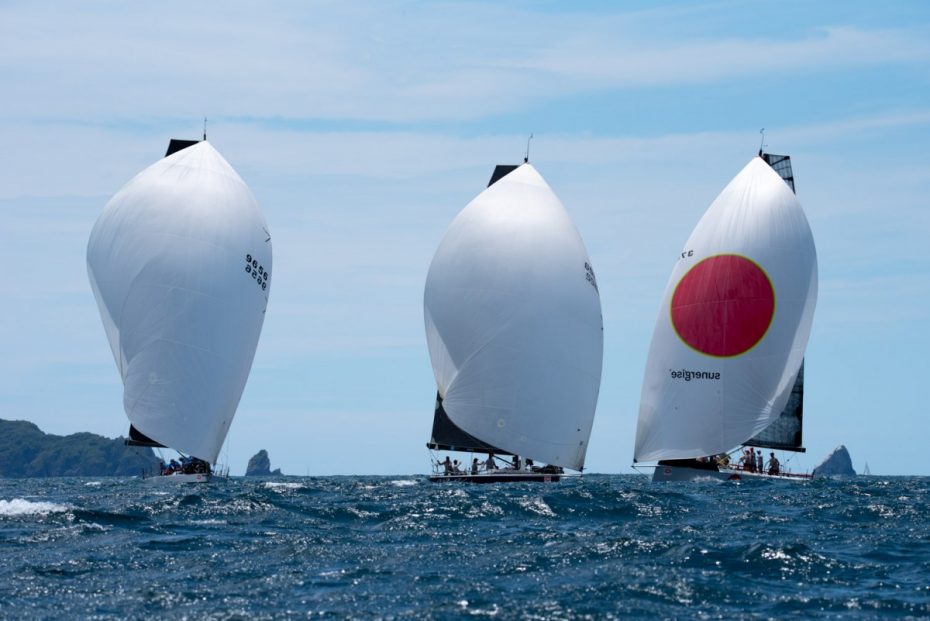 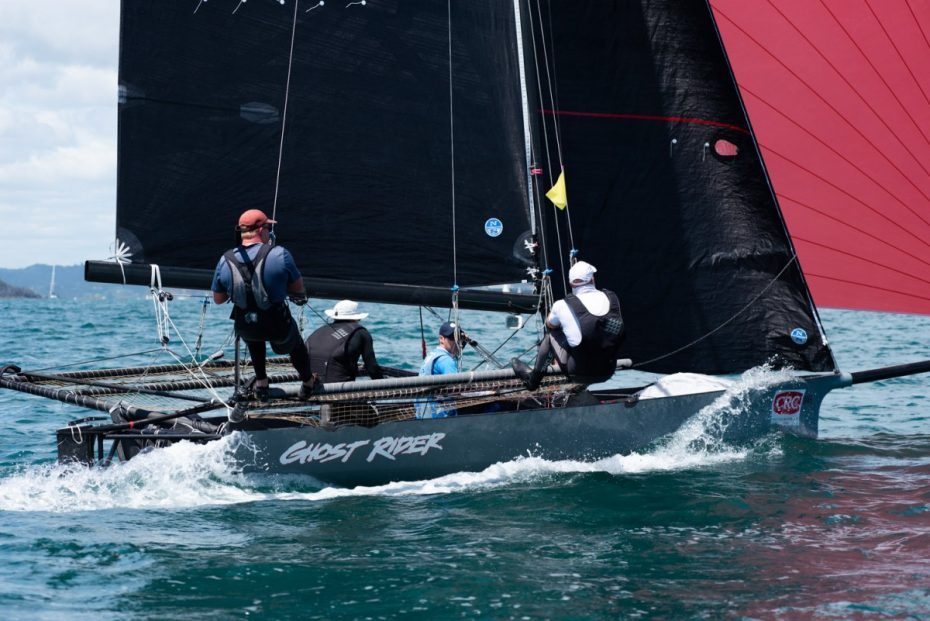 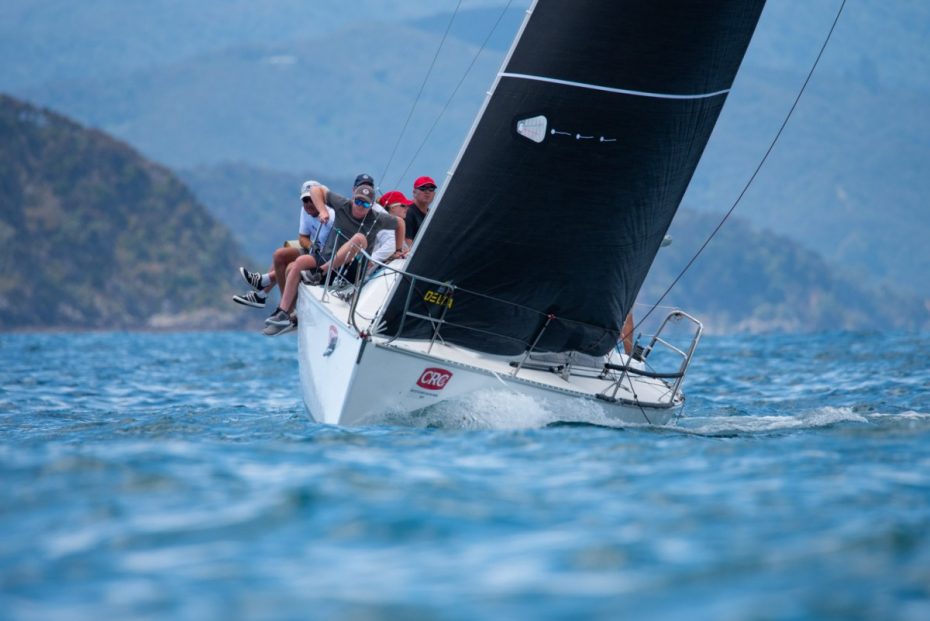 Images – top to bottom:
1. Mayhem remain dominant in A division at the end of day two.
2. Things get interesting in B Division as Carrera, Mr Kite and Anarchy cross paths.
3. Ghost Rider are comfortable leaders on line in the Sport Boat division.
4. Gavin and Carrington Brady on Young 88 Slipstream suffered from a DSQ on day two.