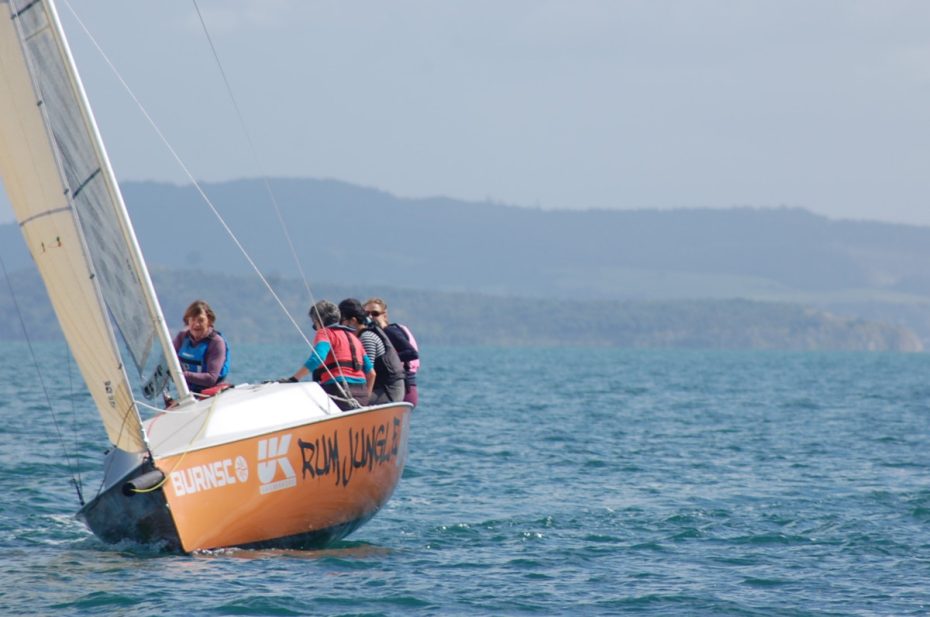 The world of competitive keelboat racing can be a tough one to break into. Especially for women and young people who tend to be under-represented on crews, and struggle to get a foot in the door with limited sailing experience. This leaves many keen novice sailors in a frustrating catch-22, which is especially prevalent in Northland where the pool of racing yachts with spaces for new crew is much smaller than in nearby Auckland.

But at this year’s Bay of Islands Sailing Week there’s an entire team of relatively new sailors, who all got the chance to fast-track their learning thanks to the Whangarei Cruising Club (WCC). The team on Rum Jungle – a modified Elliott 6.5m trailer sailer – is an all-female crew of four, most of whom have just a couple of years’ keelboat sailing under their belt.

Rum Jungle was purchased by WCC in 2021 to encourage more people into yacht racing, but especially to get more women and youth involved. Scott Gavin, who serves on the executive committee at WCC, says the idea came about following a surge of interest from women in trailer yacht sailing at the club, at a time when they were running out of available crew positions among the existing race fleet.

“We had a lot of new sailors coming through, most of them were women, and our trailer yacht convener said – how are we going to fit everyone in? We don’t want to say no to anybody.”

So the club – with the help of its sponsors – bought its own boat to help with the increased demand. It’s a racy design with the potential to be at the front of the fleet, which makes it exciting to sail. But its size makes it easily manageable by a less experienced or younger crew. It’s the perfect tool to transition sailors out of dinghies and into keelboats, says Scott, giving them a fun and safe way to develop their sailing skills.

Emily Walker is a regular crew on Rum Jungle for club racing at WCC, and will skipper the team at the 20th Bay of Islands Sailing Week next week. Despite her fast-track sailing career – she’s been sailing for just four years, and keelboat racing for only two – she’s not nervous about the prospect of taking part in one of the New Zealand’s premier sailing events.

“It’s good because it’s a challenge”, says Emily. “You’re going to a different place where you’ve not sailed much before, but there’s so many people up there and so much support that I think that makes it fine, and you know it’s going to be a learning experience.”

Entered in the Island Racing division at this year’s Bay of Islands Sailing Week, Rum Jungle has definite potential for a podium finish. Under previous owners she placed third in E division at the 2021 regatta, while in 2019 she took out the top spot in Island Racing C. That means the pressure is on for this year’s crew to perform, but they’re taking it in their stride.

“We’ve probably come up a little bit, at the beginning we were way at the bottom of the fleet”, says Emily, “but for me personally it’s more just about going out and having fun and getting round, and that’s awesome.”

Registration for the 20th Bay of Islands Sailing Week is on Tuesday 24th January, followed by three days of racing from Wednesday 25th to Friday 27th January. Entries are still being accepted for the regatta, and will remain open until close of Registration. 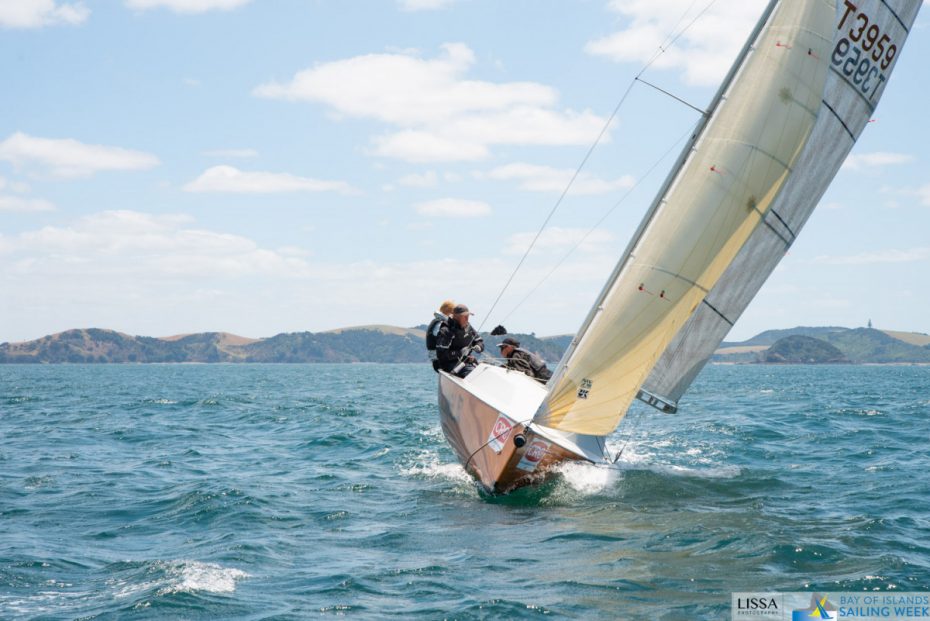