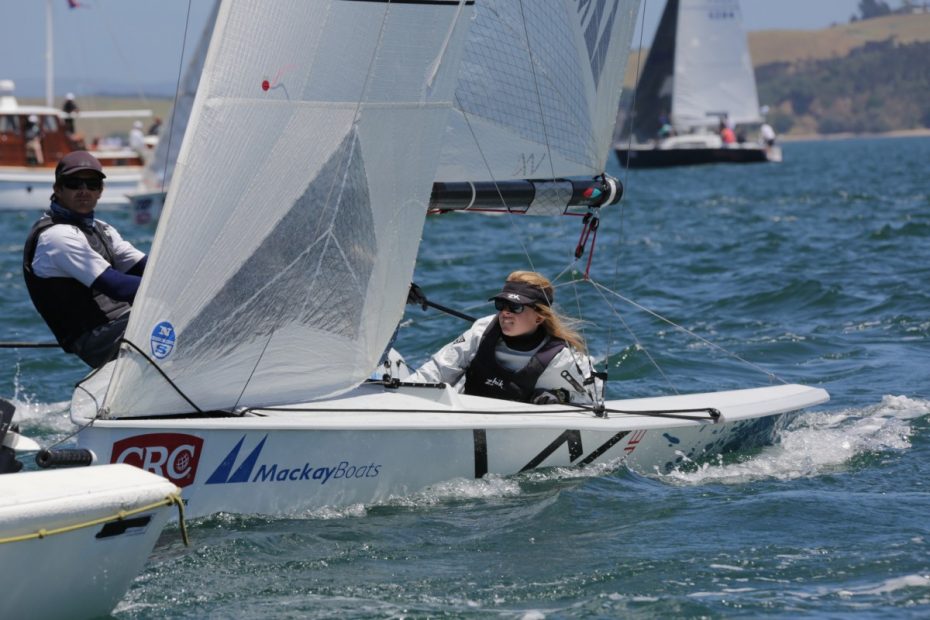 Several young sailors from the Bay of Islands have jumped at the chance to race on board ‘big boats’ at CRC Bay of Islands Sailing Week later this month.

The youngsters, from the Bay of Islands youth sailing programme, are looking forward to the opportunity to progress from dinghies into keelboat racing for the week. At least four young sailors between the ages of 10 and 18 have confirmed places on boats for the regatta, ranging from 4.4m trimarans to 13m monohulls.

“There’s lots of kids who are super keen to do it” says Robbs, “so we put the word out to the fleet to see who would be keen to take a kid along for the regatta, and there was a really good response.”

Among others, regatta founders Nina and Tony Kiff, who have raced in every one of the last 15 regattas, said they’d be happy to take two young sailors along for the ride.

Robbs has had his work cut out matching keen young sailors with boats for the regatta, but is glad to see his students given opportunities to progress.

Among them is Oscar, aged 12, a Learn-to-Sail graduate who sails every chance he gets, and is a regular at Wednesday night racing in Opua. Now he’s “fully excited” about the prospect of regatta racing on board Tony and Nina Kiff’s Nicholson 45 Wetherley.

The youngest of Robbs students to be taking part in the regatta is 10-year-old Tim, who is looking forward to some fast-paced racing on board a Weta trimaran with his dad, George Houry.

CRC Bay of Islands Sailing Week takes place from 23 to 26 January 2018. It is one of the Southern Hemisphere’s premier sailing events, regularly attracting 100 boats from around New Zealand and overseas. Now in its 16th year, the regatta is made possible thanks to the support of over 60 volunteers, and its sponsors CRC, NZL Sailing Foundation, North Sails, Hall Spars, Mount Gay Rum, Zhik and Harken.